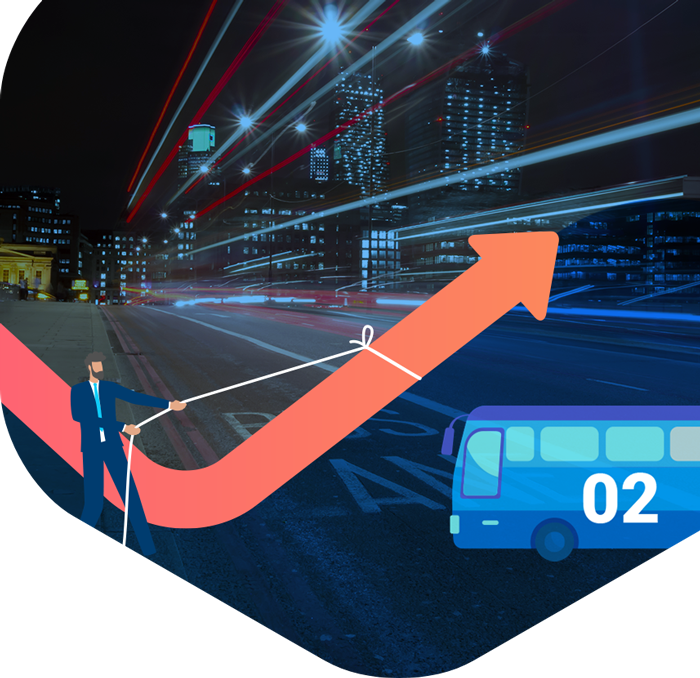 Look out for some fresh paint on the roads of England’s towns and cities over the next three years. Bus Back Better, the National Bus Strategy for England, requires local authorities to implement ‘ambitious bus priority schemes’.

In the second part of a series on how the National Bus Strategy can be successfully delivered (read part 1 here), James McCarthy, Head of Operations at CitySwift, explains how to identify where bus priority measures will prove most effective.

The commitment to new bus lanes comes from the top. In his foreword to Bus Back Better, UK Prime Minister Boris Johnson, who served eight years as Mayor of London, recalls how new bus lanes improved the city’s bus service and attracted new passengers.

He writes: “In only a few years, policies started by my Labour predecessor and which I built on transformed the service. With frequent buses, low fares, and priority lanes to glide past traffic, we made London’s bus network a natural choice for everyone, not just those without cars. Usage rose by more than half.”

"With frequent buses, low fares, and priority lanes to glide past traffic, we made London’s bus network a natural choice for everyone, not just those without cars. Usage rose by more than half.”

Outside London, with a few exceptions, that lesson has not been learned. “Traffic has increased, but bus priority has stagnated, and some councils are actually taking bus lanes out,” Johnson observes. “As services get slower, they become more expensive to run and less attractive to passengers.”

"As services get slower, they become more expensive to run and less attractive to passengers.”

The commitment to new bus lanes is arguably the most important and most practical part of the Government’s ambitious strategy. The additional £3bn of funding over the current Parliament ‘to level up buses across England towards London standards’ is very welcome, but there is only so much that it can achieve when spread across 80 local authority areas in England over a period of three years.

The financial boost from a swathe of new bus lanes in England’s towns and cities has the potential to be much greater, and permanent. The benefits that can be delivered in terms of reduced running costs (from faster, guaranteed journey times) and increased revenue (from new passengers) will be locked-in and could transform the economics of the bus sector.

But where will they put all these new bus lanes?

The strategy itself states: “In Bus Service Improvement Plans, we expect to see plans for bus lanes on any roads where there is a frequent bus service, congestion, and physical space to install one."

The strategy also states that bus lanes should be “full-time and as continuous as possible” and part of a “whole-corridor approach”, including other physical measures such as traffic signal priority and bus gates. The Government will not support opening bus lanes to electric cars or vans, “which would quickly erode their benefits to bus users”, and the impact of loadings “must be minimised."

After years of trying to get politicians to understand the value of bus lanes, many public transport professionals’ jaws dropped after reading that section of the strategy. “A bus lane on EVERY road with congestion and space for one was promised. Wow! Really?” remarked transport entrepreneur Thomas Ableman in a podcast in March.“

A bus lane on EVERY road with congestion and space for one was promised. Wow! Really?”

Bus operators and local transport authorities will have to work fast – Bus Service Improvement Plans must be created by October 2021. They have less than five months to review their networks and identify where it is appropriate to introduce new bus lanes and other bus priority measures.

The challenge is identifying where priority measures should go, and quickly. That’s where CitySwift’s bus data engine can provide evidence-based insight that will deliver a robust result for operators and stakeholders alike.

We’ve been analysing what happened to buses during lockdown. The ‘stay at home’ order effectively resulted in a massive (albeit unintended) experiment on what happens to buses in free-flowing traffic. We now know how much time can be saved if buses are not bogged down in congestion – and it’s HUGE.

Bus journey time improvements varied between 10% and 200% – yes, 200%! On one major city corridor, bus speeds increased from walking pace (3.5mph) to 13mph. It’s not difficult to imagine how fast, dependable journey times like this could transform the attractiveness of bus services, with benefits for passengers, operators and stakeholders alike.

The free-flowing traffic conditions during lockdown effectively replicate what would happen in ‘normal times’ if extensive bus priority measures were implemented. We can use this data to provide reliable estimates about the journey time savings that can be achieved if new bus priority schemes are implemented on any given corridor. Naturally, some extra dwell time needs to be factored in to account for the return of passengers, but our bus data engine - which has been constantly learning throughout the pandemic - can handle that brief.

These insights into what bus priorities can achieve are significant. Armed with this data, bus operators and Local Transport Authorities can sit down together and robustly analyse the benefits of bus priority interventions. They can drill down beyond route level to stop and street level to identify where the greatest benefits can be derived.

And there are other benefits. As average speeds creep up with the introduction of new bus lanes, savings can be realised by reducing the resource requirement – a saving of roughly £300k per year per bus and more for electric vehicles. How often have we heard bus company MDs bemoaning the fact they have had to insert additional vehicles into their schedules in order to maintain frequencies in the face of growing traffic congestion? Armed with bus priority measures and other interventions that have been guided by robust, evidence-based data, this negative spiral reverses.

Increasing bus speeds by 10mph might not sound much to the average person, but in terms of the cost savings it’s enormous! Factor in the journey time improvements both current and future bus passengers are likely to experience and it creates a virtuous circle for all concerned. And the benefits will only increase thanks to the compounding effects that are likely two, three, five or even ten years down the line.

James McCarthy is Head of Operations at CitySwift. Read the first part of his series on the National Bus Strategy here.

Learn more about CitySwift’s specialist bus data engine, request a demo or contact us to discover how CitySwift can help you Bus Back Better. 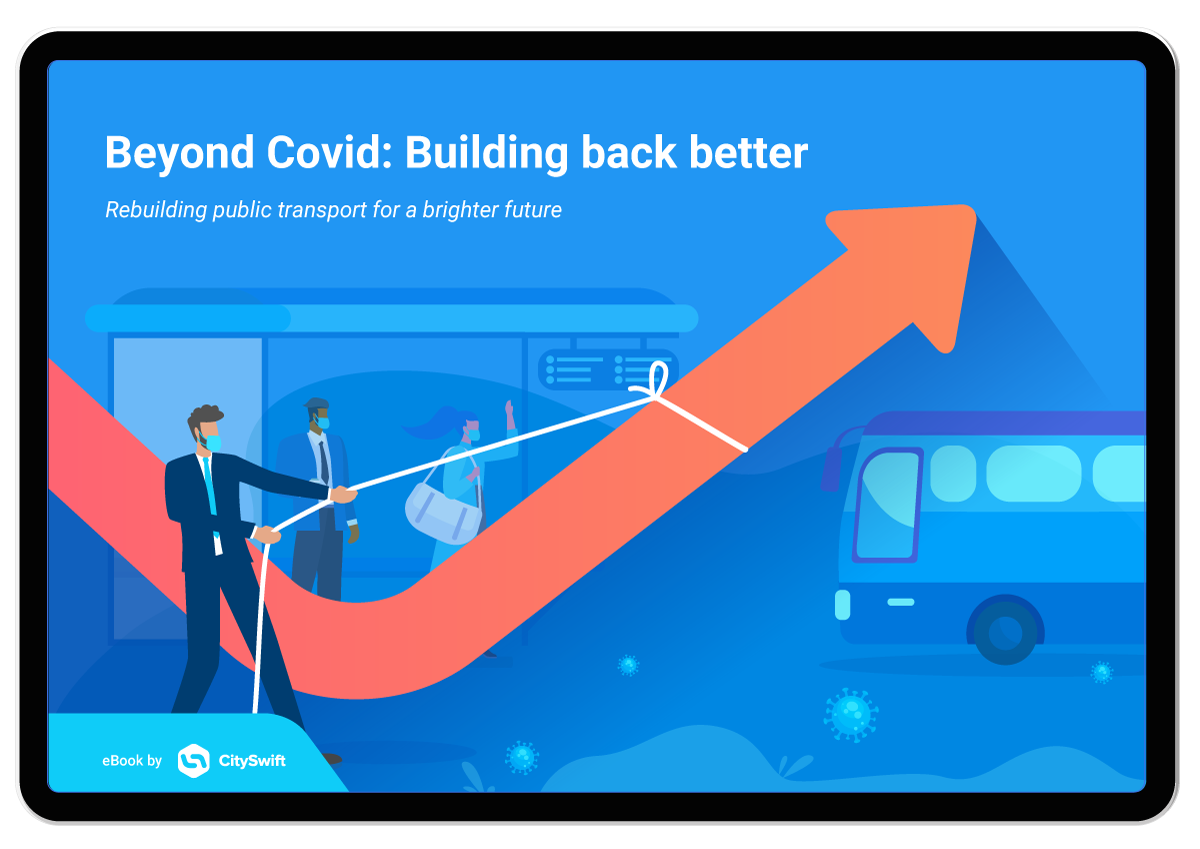