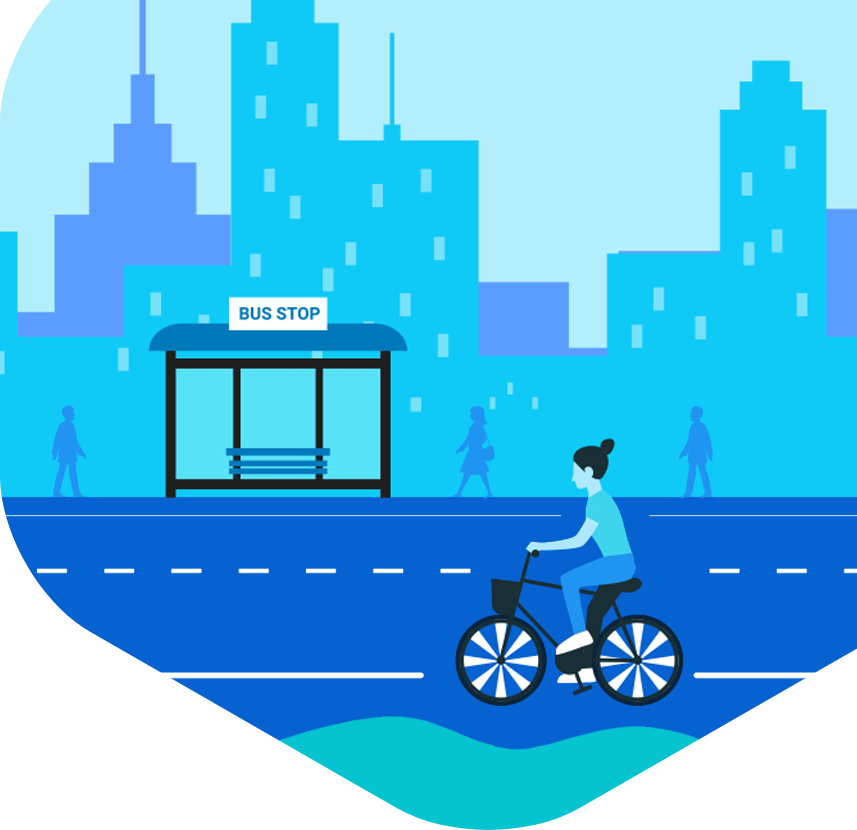 Our trio of panelists were in a buoyant mood at the Joe Wood Scheduler of the Year Award last month. Rather than dwelling on the obvious and well documented negative impacts of Covid on the bus industry, they offered us six positive outcomes.

2020 is a year that many of us will be happy to leave behind. We all harbor hopes that 2021 will see the pandemic retreat and the phased return of a life that we previously took for granted.

Transit operators are focused on rebuilding their passenger base. For those who have devoted their professional lives to trying to get more people to avoid using private vehicles - a challenge even in normal times - the ‘avoid mass transit’ message from governments has been heart-breaking. It will take time, energy and resources to repair the damage.

We are all, quite understandably, cursing Covid for the impact it has had on our industry. We all know the obvious and well documented negative impacts it has had, but are there any positive legacies of the Covid crisis?

A panel discussion at last month’s CitySwift-sponsored Joe Wood Scheduler of the Year Award revealed how the darkest of times had brought out the best in the industry. Our three panellists - Jane Cole of Blackpool Transport, Ralph Roberts of McGill’s and our very own Brian O’Rourke - provided us with six positive outcomes to emerge from this crisis. 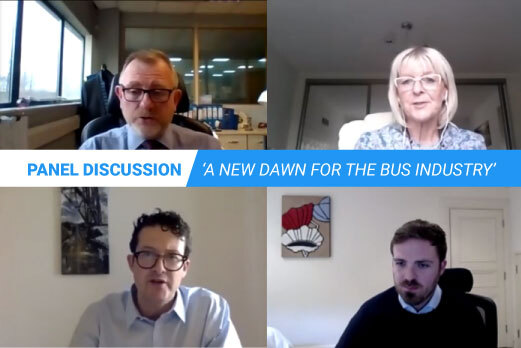 Ralph Roberts, CEO of McGill’s, Scotland’s largest privately-owned bus company, has been  “amazed and delighted” by the way that his colleagues had responded to the pandemic.

“Many stars were born” at McGill’s as employees showed a willingness to work in new roles and come forward with new ideas. Ralph said it had been enlightening to see people doing jobs that they wouldn't ordinarily do.

“It gives you a chance to see the people that are capable of doing things that you never thought they were capable of, or they don't get the chance to show that they are capable of,” he said. “As a learning tool the Covid experience has been fabulous, I think.”

“It gives you a chance to see the people that are capable of doing things that you never thought they were capable of.”

At the height of the pandemic, we cheered for healthcare professionals and other key workers who kept things going while the rest of us were asked to stay home. Transit staff, especially bus drivers, had never previously received the recognition they deserve as ‘essential front line’ workers, but this changed during the pandemic – and some think this will be a long-lasting change.

“People have been appreciative of the buses that have run,” Ralph observed. “The amount of commendations we get now as a percentage of overall total contacts has gone up massively, it's gone up six-fold. It's quite incredible; people are now more willing to compliment the front-line staff, which is fabulous.”

Jane Cole, Managing Director of the UK's Blackpool Transport, believes the increased appreciation is a mutual one.

“We just seem to have this better brand, more approachability and the drivers are a lot friendlier,” she said. “I think a lot of warmth has come into the industry as a result of Covid because we've had to physically go out there and engage better with customers.”

“I think a lot of warmth has come into the industry as a result of Covid because we've had to physically go out there and engage better with customers.”

Mass transit scaled up its cleaning regimes in response to Covid, employing extra cleaners, and many believe that this will be a lasting legacy of the crisis. Vehicles will be cleaner going forward, and this may help to change perceptions and attract more people on board.

“I think the biggest change I've seen is cleaning,” said Jane. “We've got lots of cleaners out there now and people see meticulously clean buses going around and I don't think we could ever come away from that.

“The cleaners are part of our front line ambassador staff now and they're out there at the stops talking to customers.”

“People see meticulously clean buses going around and I don't think we could ever come away from that.”

“When Covid hit back in March and the lockdowns started and we saw ridership fall, the one thing that surprised me was how quick the response was,” recalled CitySwift CEO Brian O’Rourke. “The speed that changes were able to be made, schedules were done and the innovations that went alongside it. I think it was massive and really important to see that the industry can be agile; it can be nimble.”

Our team at CitySwift witnessed this agility at close quarters. We worked with National Express West Midlands to deploy our SwiftMetrics bus network analysis platform across its entire network. This helped the operator to enhance service performance, and understand and anticipate changes in demand as coronavirus restrictions were updated. In the space of ten weeks, the operator completed six full reschedules of its entire network – an impressive feat when you consider the company operates the UK's single largest bus network outside London.

We also worked with National Express and the Go-Ahead Group to develop new tools that helped transit users to plan socially distanced journeys. AI algorithms that learn from recorded ridership enabled the operators to share stop-by-stop bus capacity predictions with their customers. This helped to spread demand peaks and encourage social distancing. The technology won the UITP Global Startup Challenge at IT-TRANS 2020 and was dubbed ‘Technology Innovation of the Year’ by Technology Ireland.

Brian believes this type of innovation will help get more passengers safely back on the bus in 2021 – and he’s hopeful that the industry will continue to demonstrate this kind of agility.

“I think if we can keep that up, post-Covid and into the future, and responding to the passenger demand and changing travel patterns, I think that’s going to be massive,” he said.

Mass tranait was already seeing a rapid transition towards contactless payment, but Covid provided new incentive for people to stop handling cash. Those operators that had already introduced contactless payment systems are now seeing a faster return on that investment, helping them to speed up journey times.

Ralph revealed that the proportion of contactless payments was growing by the day on McGill’s services.

Jane said that Blackpool Transport will also be embracing this change.

“We are going contactless,” she said. “We convinced the council [local government] it is the right thing to do and we're going to get funding for that.”

“We are going contactless. We convinced the council it is the right thing to do and we're going to get funding for that.”

Governments now have a greater understanding of the vital role that mass transit plays. Faced with the prospect of networks collapsing and key workers being unable to get to work, they stepped in with funding and they have not walked away.

“I think government is much more focused and engaged now, central government, in terms of what's required for mass transit to operate,” Ralph claimed. “Central government is acutely aware of how much it costs to keep a bus network alive because they've been paying for that gap, that missing revenue.”

“There seems to be a new acceptance that 'hold on we have to protect bus networks, we have to give them the priority they need in order to run punctually and reliably'.”

Watch the full panel discussion below. 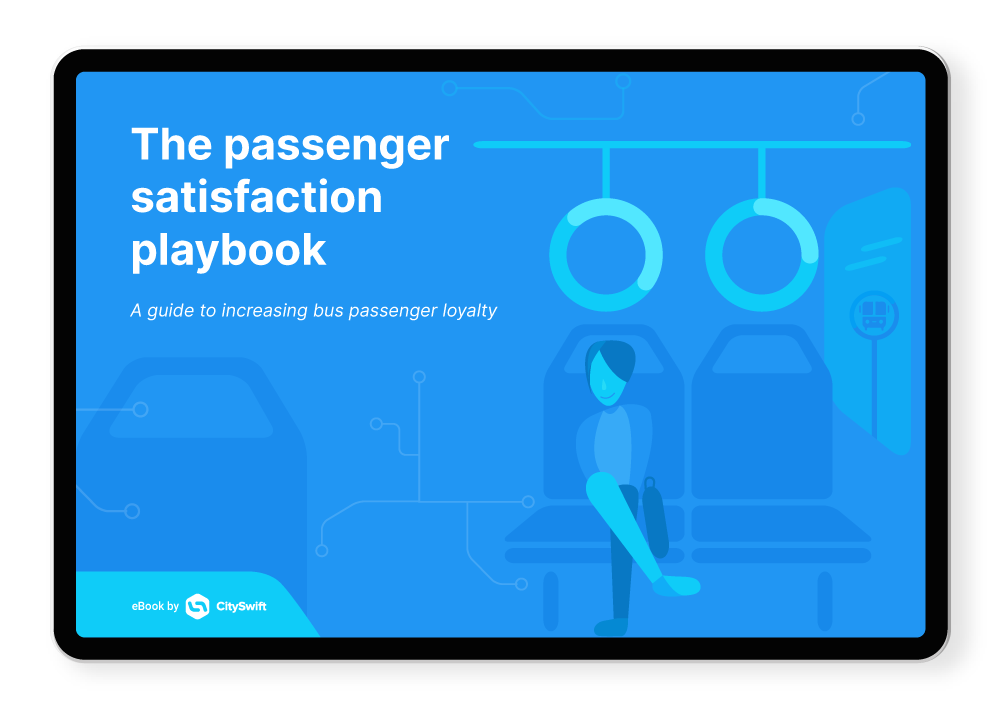