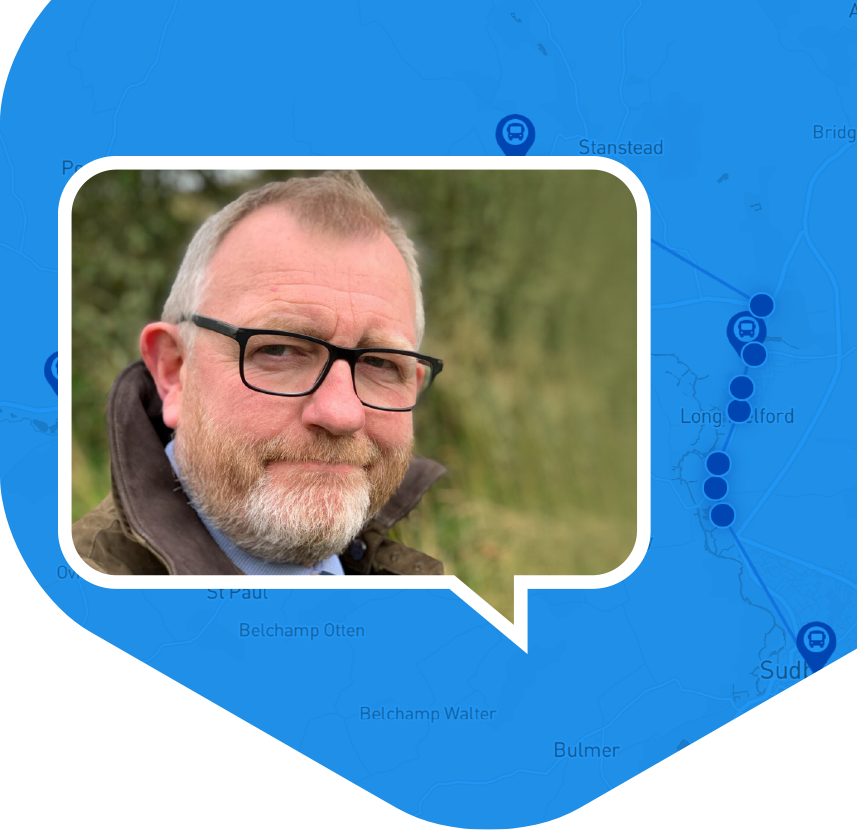 Ralph Roberts thought he knew his business pretty well before the coronavirus pandemic, but he says he has learnt a lot more since the virus started to impact bus usage in the west of Scotland.

Ralph recently completed his tenth year as Managing Director of McGill’s, Scotland’s largest privately-owned bus company. “You think you know your business and then something like this comes along and teaches you a few more lessons about it,” he tells us.

“You think you know your business and then something like this comes along and teaches you a few more lessons about it.”

A time of discovery

McGill’s saw its passenger numbers plunge as the coronavirus crisis unfolded, falling to a base level of 15% immediately after the lockdown was introduced. As with bus operators across the country, and around the world, it soon became clear that many essential workers depend on buses to get around.

“You know where your revenue is coming from in terms of routes and types of ticketing, and that kind of thing, but you don't really know who your customers are and what kind of job they do,” he says. “So it became clear that about 15% of footfall was front line workers, hospital workers, NHS workers, other people that were having to go to work.”

He was also interested to see a major shift in the peak period for travel. It’s no longer before 9am, instead moving into the middle of the day.

“It's a really odd situation we've got now,” he remarks. “It's a very different peak. So you're learning things about your business, who's travelling, who's not travelling, and what's making up the numbers. It's been a time of discovery, for sure.”

“You're learning things about your business, who's travelling, who's not travelling, and what's making up the numbers. It's been a time of discovery, for sure.”

Many stars were born

Despite the huge challenges, Ralph says there have been positive aspects to the crisis. For example, he has been amazed and delighted by the way that his staff have approached the pandemic.

“I think just the fact that they have a common enemy to fight,” he suggests. “It was always the case in the forces, you know. A marching army is a happy army, a peacetime army is a restless army, and it's the same in work ... It galvanises them together into a team and the normal petty day-to-day rivalries fall by the wayside.”

Some individuals within the business have really impressed him. “Many stars were born – there are plenty of bright careers ahead!” he enthuses. “So there's been a lot of good sides to all of this as well.”

“Many stars were born – there are plenty of bright careers ahead! So there's been a lot of good sides to all of this as well.”

Ralph remains upbeat about the future of the bus industry, although he believes that it must work hard to get its case across to policy-makers at a national and local level. He is currently serving his second term as Chair of CPT Scotland and has always been happy to engage in debate, at face-to-face meetings or on social media.

“Some commentators are doom laden about what the future holds,” he says. “I don’t share this outlook. I think that bus, as the most popular form of public transport, has a very bright future indeed.

“There may be some short-term bumps in the road, but that is all they will be. Those that rely on the bus to get around have realised that buses have been there for them during this pandemic.”

He believes that the cleaner air and quieter environment that we have enjoyed will continue to be attractive to people. Meanwhile, he has spoken to many motorists who have been taking regular walks as part of their lockdown - and they plan to keep on doing it.

To those who fear that bus use will never recover, he points out that it’s already back to 60-85% of normal levels in parts of Europe where the recovery began sooner.

And to those who say that people may never want to sit on a busy bus again, he points out that McGill’s and many other operators offer generous seat spacing – and the experience from other parts of the world where there have previously been pandemics is that crowds return quickly.

“Those that rely on the bus to get around have realised that buses have been there for them during this pandemic.”

Despite his positive outlook, Ralph does see some potential threats.

He fears that car use could surge, and perhaps even surpass pre-Covid levels, if public transport users become motorists. And if this makes congestion worse, then buses will become a less reliable and less attractive option.

He also fears the impact of hastily-implemented measures to reallocate road space in favour of cycling and walking. He shares the ambition to constrain car use, but he does not want this to happen at the expense of buses. In Glasgow, the removal of a lane of traffic alongside George Square resulted in some McGill’s buses running up to 40 minutes late - prompting a salvo from Ralph on Twitter about the impact of congestion.

Buses, he says, will have to fight to maintain their place in towns and cities.

“Whilst we've got physical distancing we are always going to have a problem with footfall... We need to maximise the footfall that we can [carry] within vehicles.”

Data is going to be part of the recovery

Ralph believes data will play an important role in addressing this challenge. “I think bus companies over the last decade have used technology more to their advantage than perhaps any other sector in the public transport industry has,” he claims.

Having acquired a dominant position in the market, Ticketer was able to supply ticket machine data to the Department for Transport and Transport Scotland that provided an accurate picture of what was happening to bus use in terms of absolute numbers and usage patterns over the course of the day. McGill’s has also been able to pass this information onto its customers via it’s website, helping customers to plan their journeys.

CitySwift has helped Go-Ahead Group and National Express West Midlands to develop a similar capability, using our data engine to predict how busy a bus service is likely to be at every stop it makes.

“CitySwift are doing it a different way,” says Ralph. “They are looking at data in a completely different way from anyone else connected with the bus industry. They've got a different outlook entirely. They're very bright people and they're really good at what they do.”

He says that he has spoken to Transport Scotland about the use of big data as part of a wider conversation about enhancing the provision of travel information to citizens. The aim is to include information about bus capacities on the Traveline Scotland journey planner.

“Data is playing its part and I don't think that's going to stop,” he says. “Data is going to be part of the recovery.”

He also thinks that technology can help bus operators challenge the 'Car is King' mentality.

“We need to take the car to task,” he says, pointing out that an individual in a car takes up seven times more road space than the individuals on the bus take up. He believes that city centres should have a core that is ‘a no-go area’ for cars.

“It's just all wrong, it's all upside down and that's the message we need to get across in a positive way,” he says.

It’s not easy to influence politicians, local authorities and the media, but Ralph sees an opportunity to use technology to speak directly with customers. 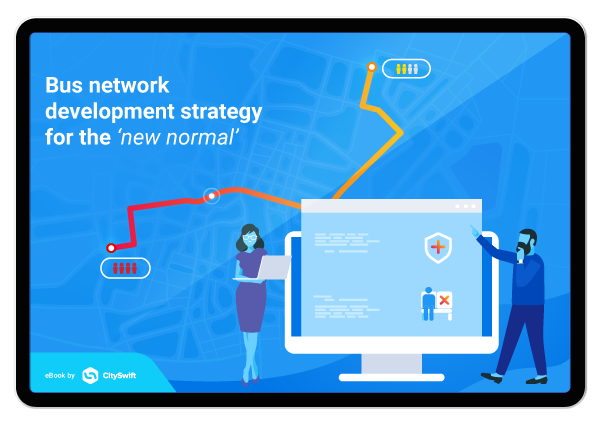